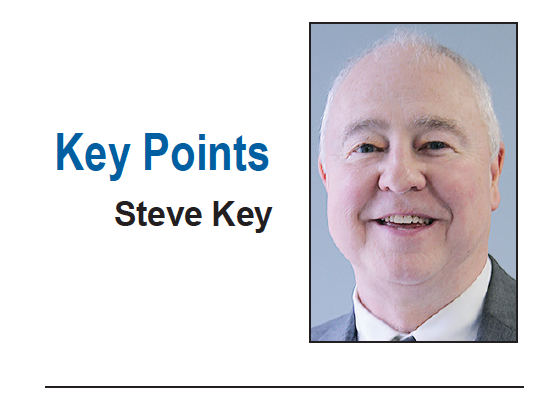 Public notice publication requirements have been a legislative issue since at least 1927 – when the Indiana General Assembly imposed a cap on what newspapers could charge state and local government units for the placement of notices required to be published by those entities.

During the last 22 legislative sessions, Hoosier State Press Association has been forced to fight 95 bills that I would deem anti-public notice. Some only concern the elimination of a single public notice while others would have totally eliminated any newspaper publication requirement. H.B. 1498, authored by Rep. Doug Miller, R-Elkhart, was such a bill during the 2021 session.

The publishers need to come prepared to ask hard questions about the proposal to make sure it accomplishes the goal of modernizing public notice policy – not gutting it.

Rep. Miller’s bill didn’t die because it was overwhelmingly disliked in the Indiana House of Representatives. It died for a lack of 51 votes – a Constitutional majority – even thought the majority of legislators who cast a vote favored the bill.

Since that session, the Indiana Supreme Court announced its interest in changing Trial Rule 4.13 to allow attorneys to post court-required public notices on the Supreme Court’s website as an alternative to publication in a local newspaper. Aug. 10 was the deadline for public comment. We now await the Court’s decision.

Earlier this year, Florida’s legislature passed a law moving public notice requirements for a print to digital format. Luckily, for Florida publishers, a state senator steered the legislation so that newspapers will be the digital home for those notices, but that wasn’t how the legislation was originally written.

What I’m trying to make clear is that the future of public notices and their connection to local newspapers has not been this tenuous in the 28 years that I’ve had the honor of working at HSPA.

HSPA did see this coming, although I’ll admit the Supreme Court action was a curve ball. That’s why HSPA held the 2019 Public Notice Summit to start laying the groundwork for legislation to modernize public notice policy. From the commitment reached at that Summit to proactively attack the public notice issue, HSPA reached out to the legislative leaders of the four caucuses in 2020 to pledge we would bring them a proposal for the 2022 session.

Unfortunately, that didn’t lead the Speaker of the House or Senate President Pro Tem to shelve H.B. 1498 during the 2021 session. HSPA was applauded for its commitment, but there was no pledge that newspapers will get what they propose.

Our newspapers will need to make the case for the importance of public notice as an essential part of both government transparency and judicial due process and why local newspapers are the best conduit for those notices to reach Hoosiers – not government websites.

If publishers, ad directors and editors aren’t on board with this effort, then our chances for success will be greatly diminished. That’s why I hope publishers will see the importance of attending the Sept. 10 Public Notice Summit to be held in Indianapolis at the Indianapolis Star’s Pulliam Production Center.

The publishers need to come prepared to ask hard questions about the proposal to make sure it accomplishes the goal of modernizing public notice policy – not gutting it.

If HSPA’s members do this correctly, Indiana will become a model of what can be done and other state press associations and state legislators may look at our proposal as a template for what they should do.

If we do this correctly, the public notice battle can be put to bed hopefully for several legislative sessions, which would allow HSPA to concentrate on areas of government transparency that need to be improved.

If we fail, then I fear more Indiana newspapers will close their doors and Hoosiers will see more news deserts emerge. And when journalism ceases to be in a community, local democracy suffers.