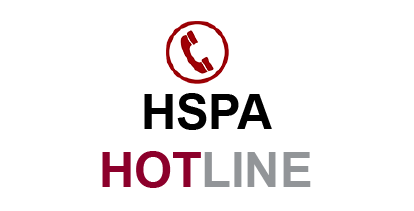 The following questions were submitted by resident of Franklin County, USAToday, The Pulaski County Journal (Winamac), The Republican (Danville).

Q: At the Brookville Town Council meeting, a question was asked about how the law firm was paid for a feasibility study concerning possible annexation of land north of Brookville. An attorney for the firm said the contract between her law firm and the town was not a public record. Is that correct?

A: I don’t think redacting the cause of death, when it’s COVID, is the proper application of the law concerning communicable diseases. I’ve attached a column I wrote in July of 2020 when this issue first cropped up, https://bit.ly/3C6OppU. The confidentiality provisions in Indiana law generally were tied to AIDS/HIV when there was a stigma to that disease. The same stigma does not come close to applying to COVID-19.

You can also refer to the Public Access Counselor’s opinion No. 93 for 2020, which talks about death certificates and how they should be disclosable public records.

Reach out to protester for source of ‘facts’ listed in statement

Q: I received a statement from an anti-mask protester in part (about 5% of the statement) explaining why that specific group is protesting a mask mandate imposed at a school. The other 95% of the statement states as fact the numbers of cases, quarantines, and numbers of students and staff that wore a mask to school prior to the mandate both this year and last year as supporting “evidence” of why they are protesting. The statement does not provide any source for this information.

I plan to quote the portion stating why they are protesting (which does not contain any claimed facts) and leave the rest out. I do not want the quote to appear out of context, but I do not want to publish any “facts” that I can’t confirm as true. I also plan to reference the school’s decision in the same article.

Am I approaching this fairly?

A: I think there are a couple of options to put the “facts” into context:

This also gives school opportunity to explain why the statistic doesn’t prove anything about the efficacy of the masks because there were other variables in play.

Q: There is a candidate for county sheriff who wants to sponsor a column in our newspaper. The column has nothing to do with politics — it’s music/entertainment information and reviews. The column would be written by someone who has written such a column for us before, but without a sponsor. Would there be any disclaimers needed for a sponsorship such as this if it is being paid for by the campaign?

A: Unusual question, which made me check with state election commission to make sure I had the right answer.

If your candidate‘s sponsorship ID in the column mentions he/she is a candidate for sheriff, then it falls under the scope of the law as an election ad and you’ll need the disclaimer line stating it was paid for by the candidate or candidate’s committee, etc., just as you would for an ad saying vote for Joe Smith.