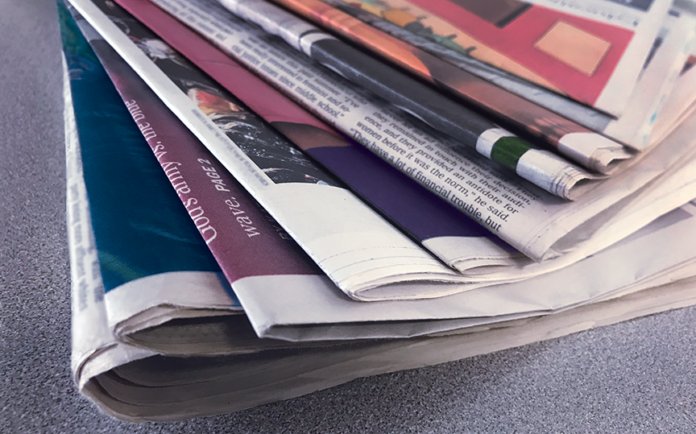 While there may be bipartisan support for the federal Local Journalism Sustainability Act (LJSA) .in Congress, it’s chances for passage remains a question.

The LJSA currently is a piece of President Joe Biden’s $3.5 trillion reconciliation bill that contains a multitude of his legislative goals. Senate Republicans who might support assistance for local journalism are currently unified in their opposition to the president’s bill. And concerns raised by Democrats, such as Sen. Joe Manchin of West Virginia may require cuts up to $1.5 trillion to collect all 50 votes by Senate Democrats to pass the bill.

Even if the LJSA remains a part of the huge bill, it appears it will be a slimmer proposal that originally designed. Provisions for tax credits for newspaper subscribers and advertising clients appears to be dead in the reconciliation bill. What remains would be a five-year tax credit for journalists employed by newspapers or broadcast entities. According to the Poynter Institute for Media Studies, the bill would allow a newspaper a 50 percent tax credit for a reporter’s salary up to $50,000 for the first year. That would be a $25,000 tax credit. For the following four years, the newspaper could claim a credit of 30 percent for that reporter – a $15,000 credit.

There may be a hurdle to eligibility for the tax credit that may be too high for the smaller newspaper operations. Language under consideration would require a newspaper to carry “media liability insurance.” I know many small newspaper operations forego libel insurance policies due to the premium costs.

Due to the fluid nature of negotiations on the reconciliation bill, there’s no way to handicap the chances that the local Journalism Sustainability Act will become law.

If the insurance requirement remains a part of the bill, publishers will have to do some cost-benefit analysis to see whether the cost of the insurance policy is offset by the tax credit that could be gained.
Due to the fluid nature of negotiations on the reconciliation bill, there’s no way to handicap the chances that the local Journalism Sustainability Act will become law. The provisions for an advertising tax credit and subscriber tax credit remain alive as a separate bill.

Tonda Rush, director, public policy & general counsel for the National Newspaper Association would only say NNA continues to work toward enactment of LJSA and is hopeful that the payroll tax credit will see Congressional action this fall.

On another federal front, the News Media Alliance appears focused on the Journalism Competition and Preservation Act (JCPA). The bill hopes to open the door for the newspaper industry to negotiate fair compensation from Google and Facebook for content created by journalists that the tech giants use to garner huge advertising rewards.

The behemoths’ ad tech tax takes 50 to 70 percent of every ad dollar from news publishers while hiring zero reporters, according to the News Media Alliance.

JCPA would enable publishers to collectively negotiate with Big Tech without running afoul of antitrust laws. News Media Alliance believes this would return billions of dollars of earned subscription and advertising back to the newspapers that produce journalism.

The goal would be evenly distributed revenue to small and local papers that reflect investments into journalism staffing. The legislation would not only help support the current 8,780 Indiana reporters and newsroom staffs, but allow publishers to increase staffing, according to the Alliance.