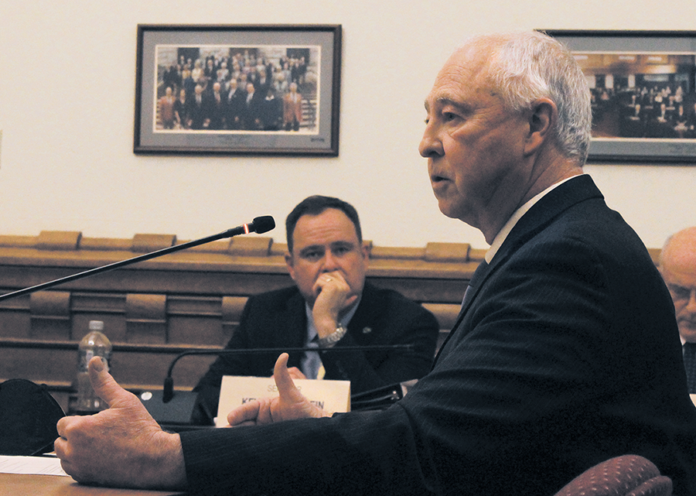 Barring something unusual, the legislative debate over whether public notices should remain in local newspapers or move to government websites will be deferred to an interim legislative committee this summer

The change came as it became clear that the votes to pass the original language were not there. The Hoosier State Press Association worked hard to lock up five votes who would have blocked S.B. 283 in its original form. The amended bill did pass out of the Senate Local Government Committee with an 8-0 vote. The full Senate passed it 48-1.

The Hoosier State Press Association does not have a problem making its case for public notices to remain in local newspapers before a summer legislative committee. It will not oppose S.B. 283 as it traverses the House if the language remains in the form passed by the Senate.

The sponsor of the bill in the House will be Rep. Doug Miller, R-Elkhart. S.B. 283 was assigned to the House Rules and Legislative Procedures Committee, chaired by Rep. Dan Leonard, R-Huntington.

Rep. Miller is the chairman of the House Government and Regulatory Reform Committee. He killed HSPA’s H.B. 1101, our modernization of public notice policy bill, by denying it a committee hearing.

The HSPA bill would have addressed present complaints concerning public notice policy and laid down the path to a digital public notice requirement in local journalistic entities. Rep. Ed Clere, R-New Albany, was the bill’s author and worked with HSPA to craft the language. The co-authors were Reps. Mike Karickhoff, R-Kokomo; Karen Engleman, R-Georgetown; and Ed Delaney, D-Indianapolis.