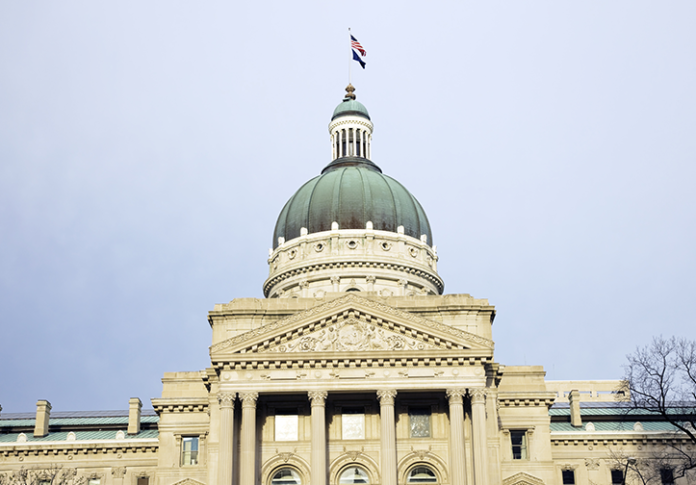 Following are the bills relating to public notices that HSPA monitored or acted upon:

H.B. 1101 – This was HSPA’s legislation to modernize the state’s policy on public notices. It was authored by Rep. Ed Clere, R-New Albany.

The bill both addressed concerns that have been raised over the past few years concerning the cost of certain public notices, how public notices should be distributed in counties with no paid-circulation newspaper, and set the framework for a transition from print to digital requirements for the distribution of public notices.

HSPA’s proposal would maintain the four essential elements for effective public notices: accessibility by the public, verification of distribution, preservation of the notices for historical purposes, and distribution through an independent entity with incentive to make sure the notices are properly brought before the public.

Unfortunately, H.B. 1101 died in the House Government and Regulatory Reform Committee, chaired by Rep. Doug Miller, R-Elkhart. Miller preferred S.B. 283 and hoped it would come to his committee from the Senate.

HSPA plans to renew its effort to modernize public notices when the Indiana General Assembly gathers for its 2023 session.

S.B. 283 – Authored by Sen. Jim Buck, R-Kokomo, this bill would have allowed government units to forego the publication of public notices – replacing that requirement with the posting of the notices on the units’ “official websites,” which could include Facebook pages.

HSPA opposed this concept as failing to preserve the four elements necessary for effective public notices – particularly the issues of verification, archivable preservation, and an independent distribution to prevent the foxes from guarding the hen houses.

Five of the 10 members of the Senate Local Government Committee, chaired by Sen. Buck, made it known to him that they would not support his bill, so he amended it to request an interim committee look at the issue this summer. That version was passed by Buck’s committee, 8-0, and by the Senate, 48-1. It was assigned to the House Rules and Legislative Procedures Committee, chaired by Rep. Dan Leonard, R-Huntington, where it was not acted upon. That doesn’t mean it won’t be assigned to a summer committee.
The five senators who supported HSPA in the committee were Sens. Dennis Kruse, R-Auburn; Sen. Veneta Becker, R-Evansville, Sen. Greg Taylor, D-Indianapolis, Sen. Rodney Pol, D-Chesterton; and J.D. Ford, D-Carmel.

S.B. 237 – Authored by Sen. Kevin Boehnlein, R-Greenville, this bill would have required government units to post Open Door Law notices on their “official websites,” and also allow the posting of public notices on such websites, which could include social media platforms, such as Facebook. HSPA opposes the use of Facebook for public notice requirements because if fails to meet the four criteria for effective public notices – accessibility, verification, ability to archive, and independent actor to disseminate.

With little advance notice, the Senate Local Government Committee, chaired by Sen. Jim Buck, R-Kokomo, approved the bill, 7-0. After the hearing, HSPA talked to Sen. Boehnlein about its Facebook concern.

Boehnlein did present HSPA’s concern during his testimony on S.B. 237 before the House Government and Regulatory Reform Committee, chaired by Rep. Doug Miller, R-Elkhart. The bill did move out of committee with Rep. Curt Nisly, R-Milford, expressing an intent to amend the bill.

The bill did not come up for another floor vote and died. HSPA was told the Republican House caucus decided to kill the bill.

H.B. 1103 – This is the annual bill for the state Department of Natural Resources, authored by Rep. Sean Eberhart, R-Shelbyville. For the second year, the DNR included a provision to eliminate the requirement for a public notice when it makes a rule change, which generally happens eight to 10 times a year according to the DNR’s David Bausman. Kaitlin Smith of the DNR said the agency doesn’t currently post the notices on its website.

HSPA raised a concern with Rep. Eberhart, prior to the bill’s hearing in the House Natural Resources Committee, but HSPA was unable to testify. The bill moved out of the committee, chaired by Eberhart, and was passed by the House, 90-0.

HSPA did testify before the Senate Natural Resources Committee, chaired by Sen. Sue Glick, R-LaGrange, who was also the bill’s sponsor. There were no comments from any committee member and the bill was passed out, 9-0, but Sen. Glick reached out to HSPA later and said she and Sen. Jean Leising, R-Oldenburg, didn’t like electronic notice over print and would be amending the bill on the Senate floor. Glick did amend the bill and it was then approved by the Senate, 40-10.

Rep. Eberhart initially filed a dissent as Republicans discussed adding language concerning a carbon sequestration pilot project to the bill. Eberhart later filed a concurrence to the Senate changes, although he said he wasn’t happy about the elimination of the public notice move to DNR’s website in lieu of publication in newspapers. The concurrence was approved 92-4.

H.B. 1048 – Authored by Rep. Sean Eberhart, R-Shelbyville, this bill centered on the sheriff’s sale (mortgage foreclosure) process. It allows the sheriff to conduct a public auction electronically, prohibits certain persons and entities from purchasing a tract at a sheriff’s sale, and raises the amount that a sheriff can charge as an administrative fee from $200 to $300.

HSPA flagged the bill to make sure there wasn’t an attempt to eliminate the publication requirement of the sheriff’s sale notices. No attempt was made to do so as the bill moved through the legislature. After the Senate passed the bill, 50-0, Rep. Eberhart filed a motion to concur and the House approved the motion, 87-3.