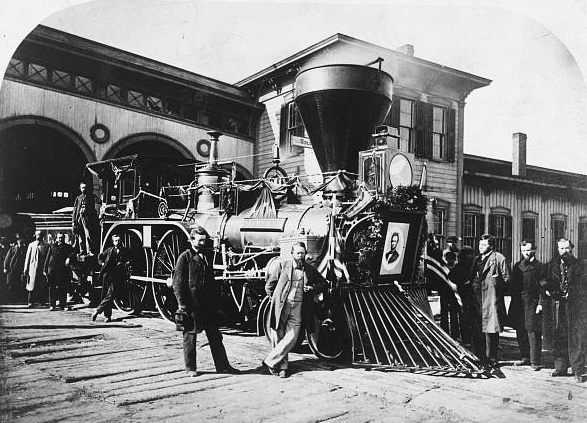 Originally published by Teri Saylor from the National Newspaper Association.

Newspaper morgues are fascinating places to behold. Forever frozen in time, the news of days gone by beckons researchers, historians, genealogists, and journalists eager to lose themselves in the bound yellowed pages that have sat on their cool dark shelves for decades.

Likewise, libraries across the country serve as repositories for microfilm, making them available to people lacking access to local newspaper morgues.

Those traditional newspaper morgues and microfilm reels may become an endangered species if newspapers don’t take steps to preserve their PDFs and digital content now.

Geiger, director of the Center of Bibliographical Studies and Research at the University of California Riverside, is leading efforts to catalog newspapers by collecting PDFs to preserve these first drafts of history for future generations.

“If we don’t do something soon, there’s a very good chance the papers you produce today won’t be available to your children and grandchildren,” he wrote in an article for the California Newspaper Publishers Association newsletter. “Many of the newspapers published in the last decade have already been lost forever.”

In the 1980s and 1990s, newspaper publishers sent issues of their papers to libraries and private companies for microfilming. But microfilming companies are turning off the lights as technology advances, and sleek space-saving digital tools replace clunky film reels.

The CBSR was born in 1989 and commandeered California’s participation in the United States Newspaper Project, an effort to catalog every newspaper in the country.

The Newspaper Project, funded by the National Endowment for the Humanities from 1982 until 2011, called on historical societies, state archives and libraries in every state, in partnership with the Library of Congress, to capture and store millions of news pages on microfilm.

Over a 15-year span starting in the 1990s, the CBSR’s staff visited every archive in California cataloging newspapers as part of the Newspaper Project, according to Geiger. Then the team acquired and purchased about 100,000 reels of microfilm, and in 2006 they began digitizing it.

Geiger, who joined the Center in 2007, jumped in on the digitizing project, but now he has turned his attention to collecting newspaper PDFs, and this is no easy feat.

“There is no central effort to collect PDFs,” he said. “Even if everyone starts tomorrow, there is already a five-year gap since microfilming stopped and PDF collection started.”

At the University of Missouri’s Donald W. Reynolds Journalism Institute, Edward McCain, digital curator of journalism, is leading an effort to protect digital news content from being lost forever.

These efforts, funded through a $35,000 grant from the Knight News Challenge, focuses on small newspapers and tests assumptions that news archives have value for researchers, the public, and newspaper publishers eager to assess the market value of their own newspaper content.

McCain, who is focused on digital archives, recognizes that most newspapers back up their digital content, but backing it up may not be enough to save it for future generations.

In 2002, a server crash at the Columbia Missourian caused 15 years of written content and seven years of photos to disappear. Among the treasures lost were news articles, birth announcements, obituaries, and features about community life. It marked a sickening loss of cultural heritage and chronicle of place.

“A survey in 2014 showed that some newspapers may be backing up part of their digital content, but this is not the same as long-term preservation,” McCain said. “Servers crash. Programming language changes. HTML from the 1990s can’t be read on a modern browser. Twenty years ago, content was stored on hard drives that take special tools to convert them into something we can access today.”

McCain hopes newspaper publishers will recognize vanishing archives as a significant problem and take steps to reverse the trend.

“We need champions in executive suites to make it happen,” he said. “We are losing our heritage. Newspapers hold the cultural history of the United States.”

Fifteen years ago, Chillicothe (MO) Constitution-Tribune Editor Catherine Ripley was hard at work researching her community’s past for a history book based on the newspaper’s archives.

Ripley, who spent nights and weekends going through the Constitution-Tribune’s bound volumes, page by page, was struck by a small story on a fragile, yellowed front page published on July 6, 1928. The headline read: “Sliced Bread is Made Here. Chillicothe Baking Co.—the First Bakers in the World to Sell This Product to the Public.”

The history: “Dateline—Livingston County” was published in 2001, and included the sliced bread article.

Paul Wenske, a reporter from the Kansas City Star, read the book it and published that story. It went viral, spreading to other newspapers and broadcast stations as it made its way beyond the small Chillicothe community.

Chillicothe had no idea it was the home of sliced bread until Ripley dug up the article and Wenske spread the news.

Today, the small town is on the map as the “Home of Sliced Bread.” A new tourism industry has sprung up around this historic nugget, with festivals and street fairs. Cooking contests, murals painted around town and even a musical production grew out of the newspaper’s musty morgue.

Brad Buchanan, president of Newz Group of Columbia, MO, said he has figured out a way to preserve news, create incentives for newspapers to partner with him, and build a sustainable business model.

Newz Group has been running a multi-state media monitoring service since 1995.

“We receive PDFs from newspapers and archive them in a digital format,” Buchanan said.

The service is free for newspapers in exchange for a license to allow Newz Group to use the content for its media monitoring service, which is massive in volume.

“We were storing 20 million pages on the old server, and were up against a wall,” he said.

Brad Buchanan expects the expanded storage space will last another two or three years before he will have to upgrade again.

“We’re growing faster than ever,” he said. “But memory keeps getting cheaper so we will continue to add it as needed.”

Content, which is indexed and searchable, is backed up several times over.

In addition to media monitoring services, Buchanan is considering other ways to monetize the efforts for his company and for newspapers.

“There’s not a lot of demand for newspaper archives from the public, but newspapers could bundle access to them in their subscription price,” he suggests.

He believes the key is high volume and aggregation.

“The more content we can acquire from various publications, the larger the potential market becomes,” he said.

“We need common file naming conventions, standardized file transfers, and compatible storage systems,” he said. “Right now, everyone is doing their own thing.

While Newz Group is working with the Reynolds Journalism Institute to develop such standardized practices, Buchanan also has a practical perspective.

“We grab every bit of content we can, and then use our own file naming conventions and technologies just to get the publications stored electronically,” he said. “When standards are finalized, we will adjust our systems accordingly.”

Aside from the commercial possibilities from archiving, the historical significance of shrinking newspaper archives and its impact on enterprise journalism loom large.

“We are losing our heritage,” McCain said. “Anybody can throw words up on a blog. Newspapers harbor the cultural history of the United States and produce quality journalism. When journalists search out background on stories, they go to their newspaper archives.”

He recalled the Oscar-winning movie “Spotlight,” based on the Boston Globe’s investigative series that shined a light on the child sex scandal hidden in the Catholic Church.

“The Boston Globe journalists used newspaper archives to research the story,” McCain said. “They won a Pulitzer Prize and an Academy Award. Would they have been able to tell that story without access to archives?”

And without archives, the town of Chillicothe, MO, might not have become the recognized Home of Sliced Bread, either.

“We must preserve our work or lose it, and it needs to be done now,” he said. “News disappears quickly, and within a year, we won’t be able to find half of our content.” © Teri Saylor 2016

Teri Saylor is a freelance writer in Raleigh, NC. She can be reached at terisaylor@hotmail.com.