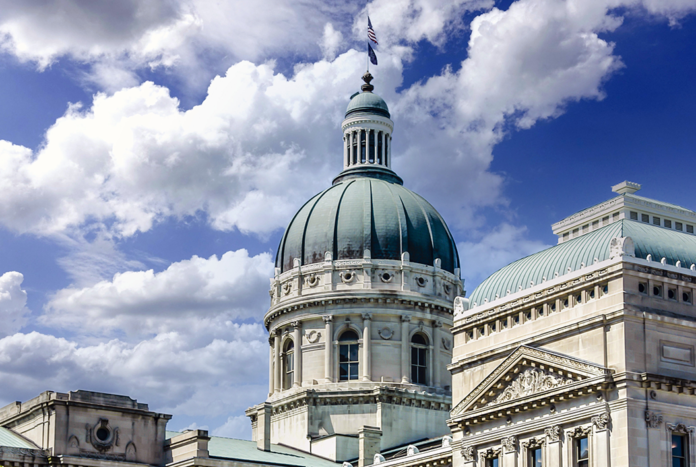 By Sept. 3, email Shawn Goldsby at sgoldsby@hspa.com your intent to participate in the 10 a.m. Friday, Sept. 10 summit at the Indianapolis Star’s Pulliam Production Facility.

“This is an opportunity for our publishers to hear first-hand the components of the legislation to be introduced in the 2022 Indiana General Assembly and give their input on the concepts,” said Steve Key, executive director and general counsel for HSPA.

“This gathering is almost a speak now or forever hold your peace moment,” Key said. Once the proposal is presented to the four leaders of the legislative caucuses, it will become increasingly difficult to make substantial changes.
The Summit will start at 10 a.m., Friday, Sept. 10, at the Indianapolis Star’s Pulliam Production Facility, 8278 Georgetown Road, Indianapolis, IN 46268. The event is expected to end by noon.

HSPA will argue before the state legislature that any changes in public notice law should maintain the four elements of effective notice:

Accessibility
Hoosiers need to have an easy way to access public notices.

Verification
There must be the ability to prove the notice was properly published/posted.

Archivability
There must be a system in place to preserve the notices for legal and historical reference.

Independent
The distribution system should be independent from government entities to avoid possible corruption of the process designed to provide legal due process and government transparency.
The last element will be the crux of any legislative battle as local government representatives have argued for years that notices should merely be posted on their websites and forego the need to involve local newspapers.

The HSPA proposal will also attempt to address complaints about the cost of publishing public notices, costs for indigent plaintiffs, and notices in counties without a local newspaper.

The effort to proactively address the public notice policy issue began with the last HSPA Public Notice Summit held in 2019. HSPA has fought 95 anti-public notice bills during the last 22 legislative sessions. A bill to eliminate any publication requirement in newspapers died in the Indiana House of Representatives last year due to the lack of a constitutional majority (not the lack of a majority vote).

By Sept. 3, HSPA asks publishers to email Shawn Goldsby at sgoldsby@hspa.com their intent to participate in the Sept. 10 Public Notice Summit and who else will be attending with them as some publishers may want to bring ad directors or those who oversee the placement of public notices.

“We hope to end the yearly legislative battle over public notice requirements with our progressive proposal,” Key said. “Public notice has been a part of Indiana’s history of government transparency and due process going back to its days as a territory. It shouldn’t be discarded into the dustbin of history just because technology has advanced.”